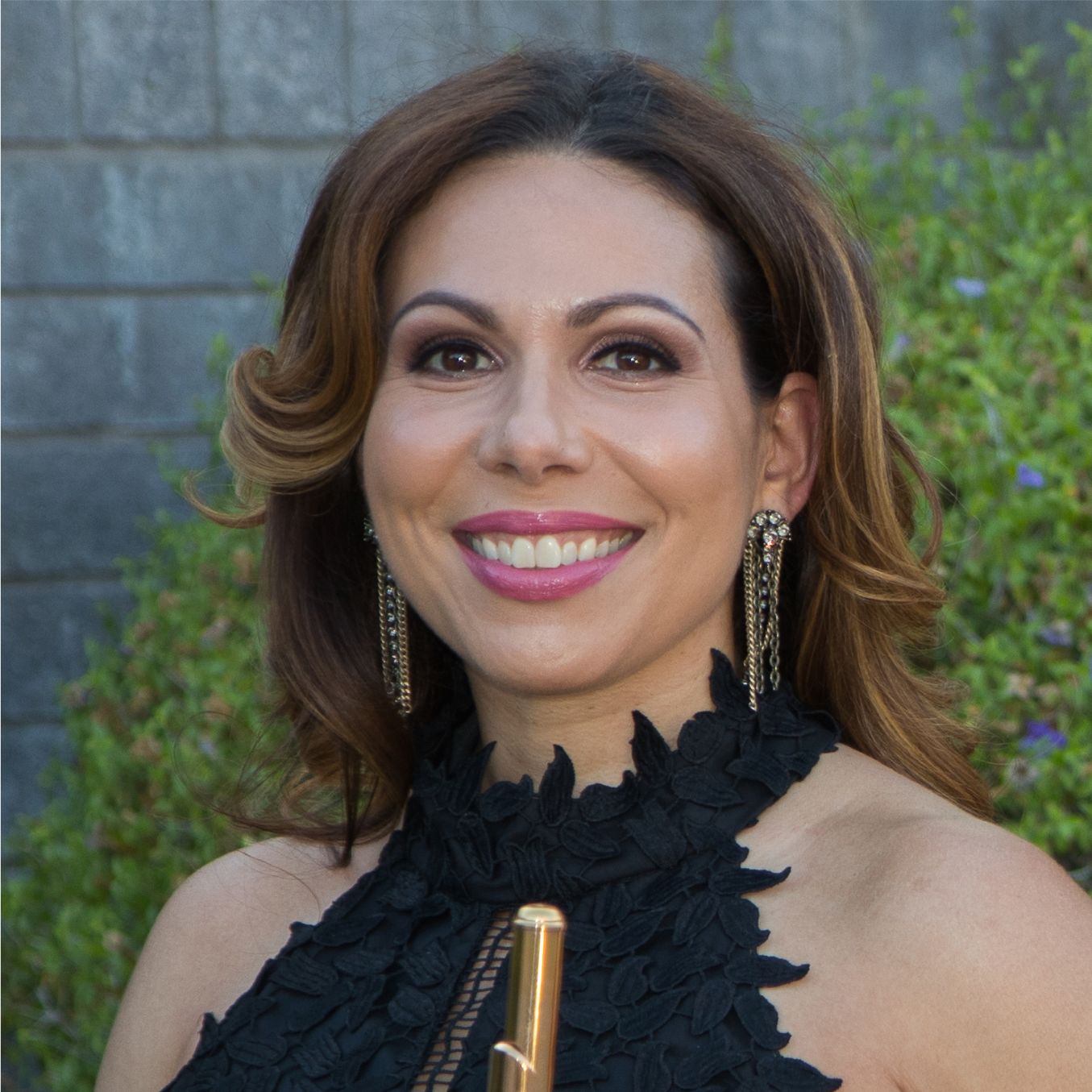 Ms. Cumplido Wilson keeps busy with an active teaching and chamber music career beyond her orchestral duties, and is a member of the Urban Nocturnes, Phoenix’s premier chamber group, as well as the IRIS Chamber Orchestra in Memphis, TN. She has also performed with the Detroit Symphony, Oregon Symphony, Britt Festival Orchestra, New World Symphony, National Orchestral Institute, National Repertory Orchestra, and the American Institute of Musical Studies in Graz, Austria. As concerto soloist, Viviana has appeared with the orchestras of Phoenix, Tucson, and the Colorado Music Festival in works of Nielsen, Ibert, Corigliano, Reinecke, Mozart, Bach, Chaminade, as well as the North American premier of the brilliant Flute Concerto No. 1 by Mieczyslaw Weinberg. She has also been a guest artist for Jim Walker’s Beyond The Flute Masterclass held at the Colburn School in Los Angeles and competed in the 2006 Carl Nielsen International Flute Competition in Odense, Denmark where she was the only American semi-finalist.

Born and raised in Miami, Florida, Ms. Cumplido Wilson began musical studies at age 6 on piano, before discovering her love of the flute and ensemble playing. Undergraduate studies with Fenwick Smith at the New England Conservatory led to graduate studies with Jim Walker at the University of Southern California. Viviana is proud of her track record of educational outreach, especially to underserved communities using music as a means to promote greater achievement in students as a Young Musician’s Foundation mentor in Los Angeles and with the Opening Minds through the Arts program in Tucson. She is also an active participant in several of The Phoenix Symphony’s outreach programs, regularly performing at hospitals, dementia care facilities and homeless shelters.

When not pursuing music, Viviana is a committed athlete, having completed several marathons, and was a particularly proud finisher of Ironman Arizona in 2013. She also serves as a volunteer for Hospice of the Valley, the nation’s largest not-for-profit hospice. Viviana is married to timpanist and percussionist Peter Wilson, with whom she shares her Phoenix home, two cats, and a hilarious, disobedient dog.