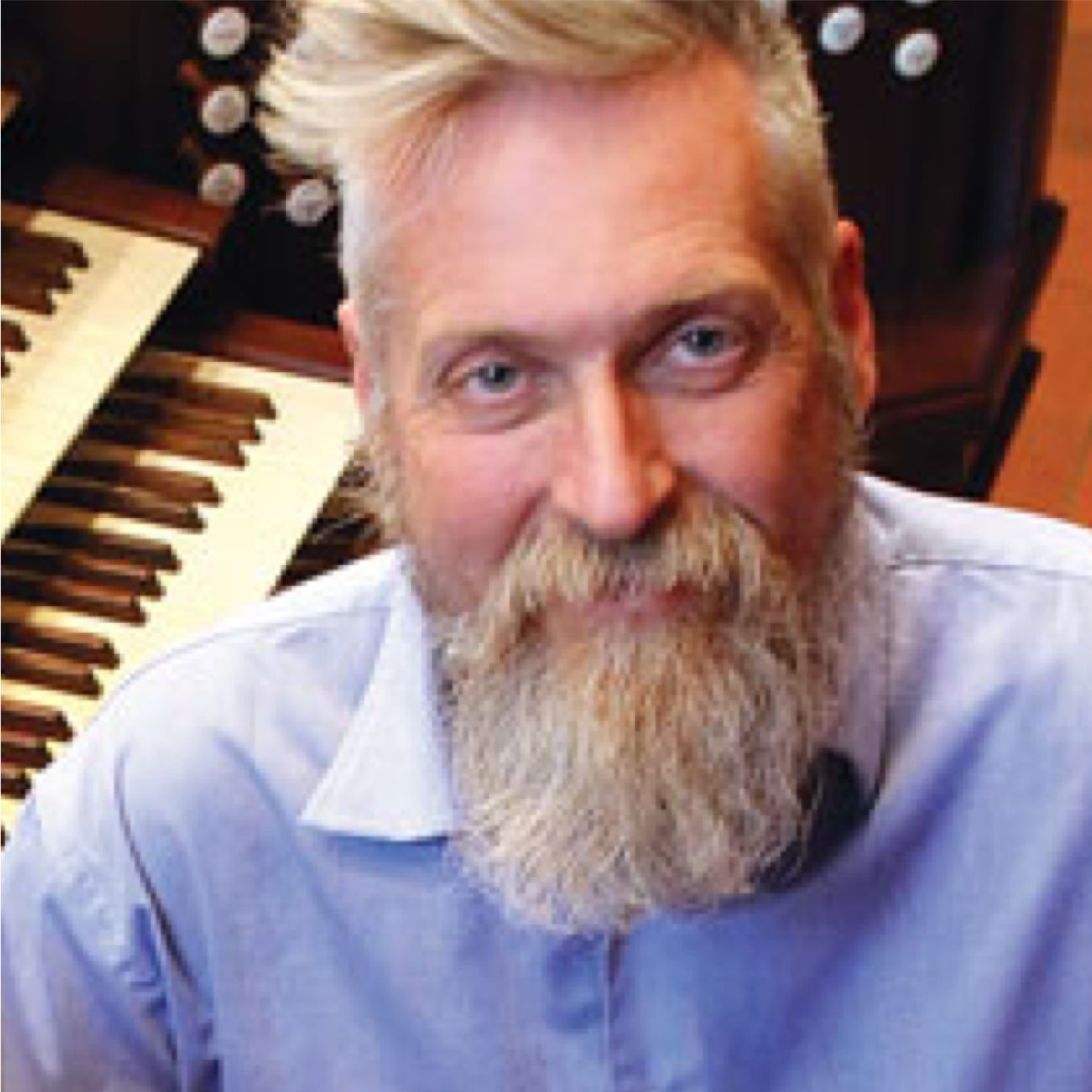 A native of the Chicago area, Erik W. Goldstrom has been Canon Musician for Trinity Episcopal Cathedral in Phoenix, Arizona, since 2010. As Trinity Cathedral’s Organist and Choirmaster, he conducts three choirs and serves as artistic director of Music at Trinity, the musical outreach program of Trinity Cathedral.

Dr. Goldstrom has performed throughout the United States, UK, and Europe, and appeared at national conferences sponsored by the American Guild of Organists and the Association of Anglican Musicians. Erik has both commissioned and premiered works by several notable American and Canadian composers including Jeffrey Smith, David Jaffe, Frank Ferko, and Stephanie Martin.

He lives in Phoenix with his spouse Michael Garland and their rescue Lab, Trapper.