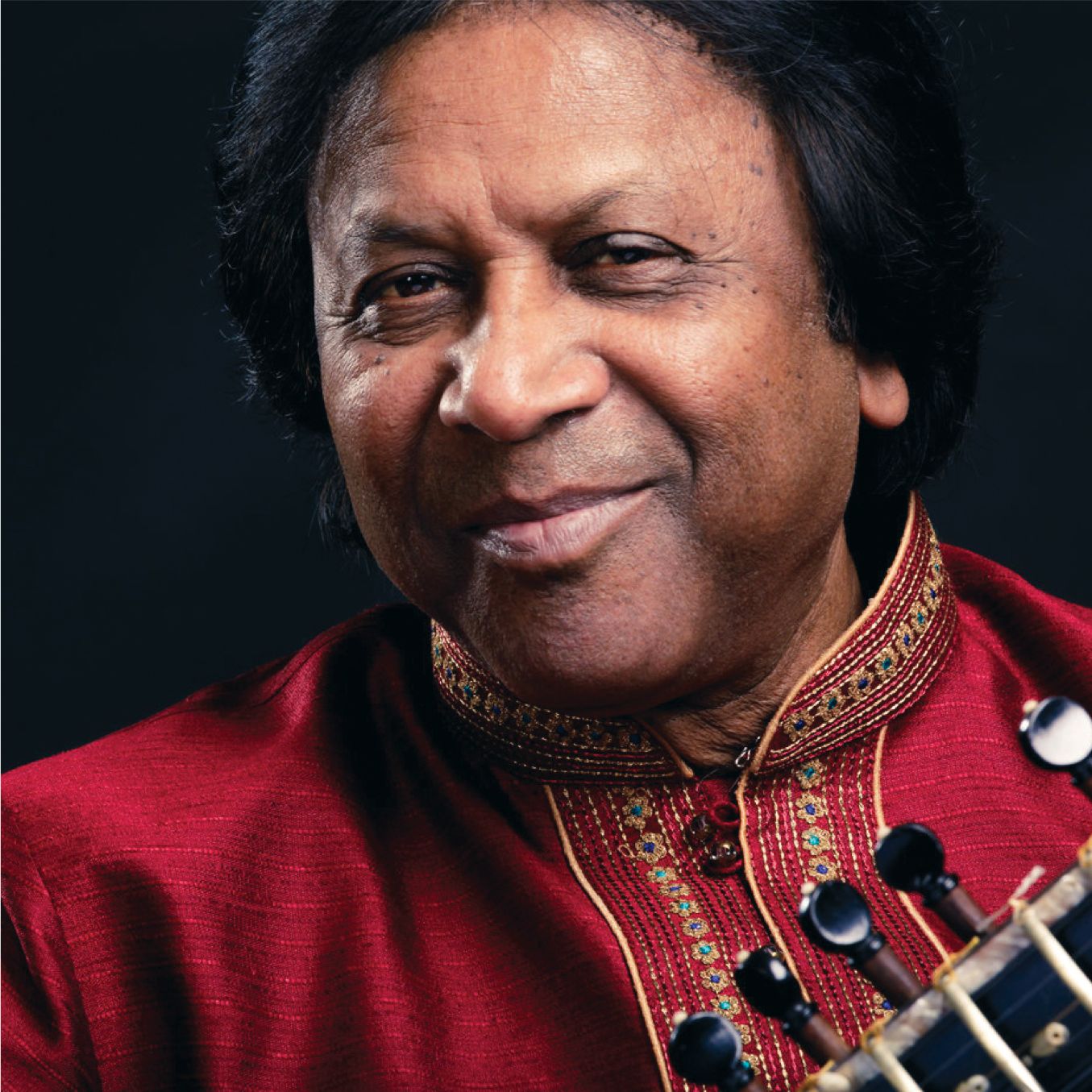 Ustad Shahid Parvez Khan is considered one of the finest North Indian classical musicians of his generation. He represents the seventh generation of the Etawah Gharana, a musical tradition or “family” committed to this most famous of Indian instruments – sitar. His style of playing sitar, known as the “gayaki ang”, conveys the emotional directness and tonal nuance of the human voice through the instrument.

Instructed by his father and guru, Ustad Aziz Khan, he has also been influenced by his uncle, sitarist Ustad Vilayat Khan and vocalists Ustad Amir Khan and Ustad Bade Ghulam Ali Khan. He is a master of both the melodies of Raga and the rhythms of India – north, and south. At the age of three, Shahid Parvez Khan began his apprenticeship. It would be several years before he would be allowed to pick up a sitar, however, being first trained in the classical vocal music that forms the foundation of the “gayaki ang”. Recognized as a child prodigy, Shahid Parvez Khan began performing in public when he was only seven years of age.

Few instrumentalists have enjoyed so much love and admiration as Ustad Shahid Parvez Khan has from the music-loving fraternity worldwide. His life is one of practice and inspired performance. Noble in sentiment and palatial in form, his music is characterized by controlled power, reaching impossible speeds without losing the tonal and conceptual clarity established in slower movements.

With over 40 recorded albums, he is the recipient of numerous prestigious awards including the Government of India’s ‘Padma Shri’ and the ‘Sangeet Natak Academy Award.’ Widely recognized as one of the greatest sitar players in the world, Ustad Shahid Parvez Khan has performed with many notable Indian classical musicians like Ustad Zakir Hussein, Pt. Ronu Majumdar, Pt. Kumar Bose, and Ustad Rashid Khan to name a few. He has performed at major music festivals in India and abroad including the Festival of India held in the US, Europe, USSR, Canada, Middle East, Africa, and with the Queensland Symphony in Australia. A generous teacher, Ustad Shahid Parvez Khan founded the SPK Academy of Music to pass on the traditions to which he is a worthy heir.